Olympia, Washington’s Dylan Carlson has kept his legendary, long-running drone-metal project Earth going since 1989. In those years, he’s collaborated with Kurt Cobain, branched out into different musical ideas, and pioneered the whole idea of instrumental metal as full-immersion ambient music. Carlson has been busy lately, but it’s been five years since Primitive And Deadly, the last proper Earth album. Next month, they’ll be back at full force with a new studio LP called Full Upon Her Burning Lips. We’ve already heard the early track “Cats On The Briar,” and now they’ve shared another one called “The Colour Of Poison.”

“The Colour Of Poison” is exactly the type of track you think of when you think of Earth — a vast, heavy, elementally satisfying slow-trudge riff-monster. Part of the appeal with Earth is that you never know when they’re going to launch into free-jazz freakouts or Ennio Morricone soundscapes. But there’s still something satisfying about them doing basic stick-to-your-ribs doom metal with this kind of majestic mastery. 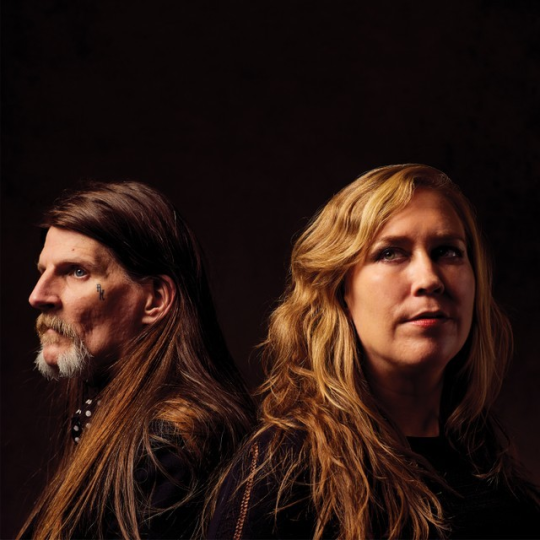 Earth is a full band, but these days, it’s largely a collaboration between Carlson and longtime percussionist Adrienne Davies. Carlson has said that the new album took shape as the two of them worked on writing and recording it, not imposing any kind of concept on what they were doing. “The Colour Of Poison” is proof of that — a band intuitively doing what it does best.

Full Upon Her Burning Lips is out 5/24 on Sargent House.